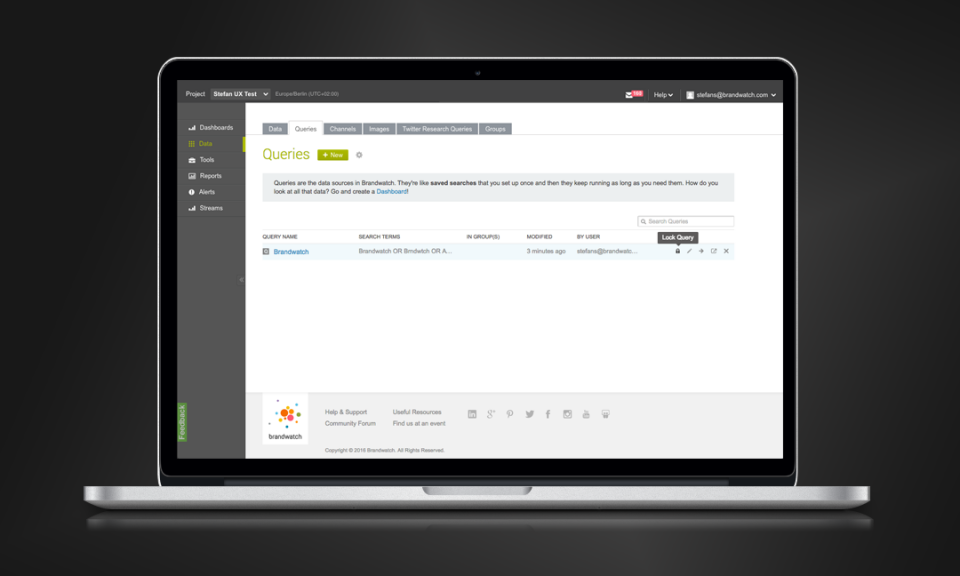 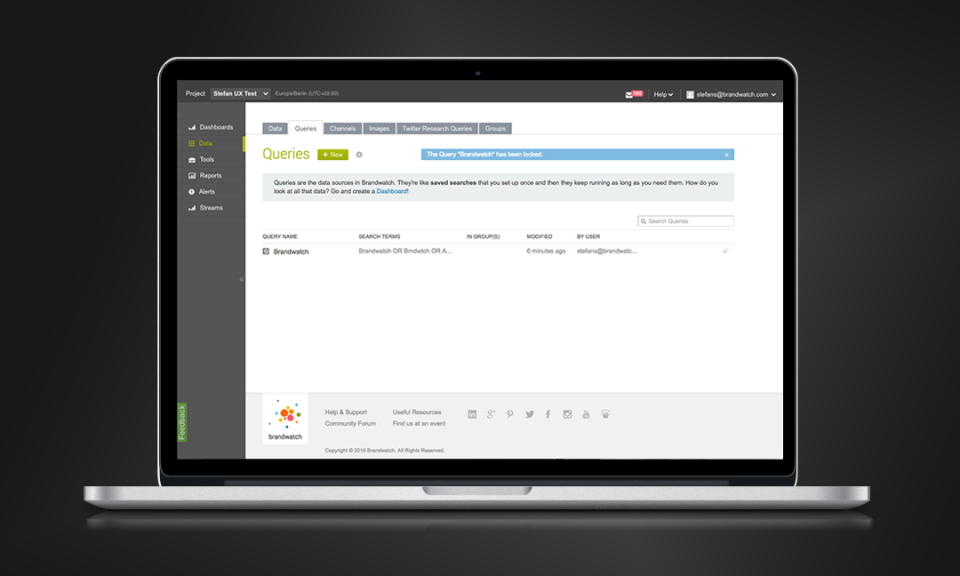 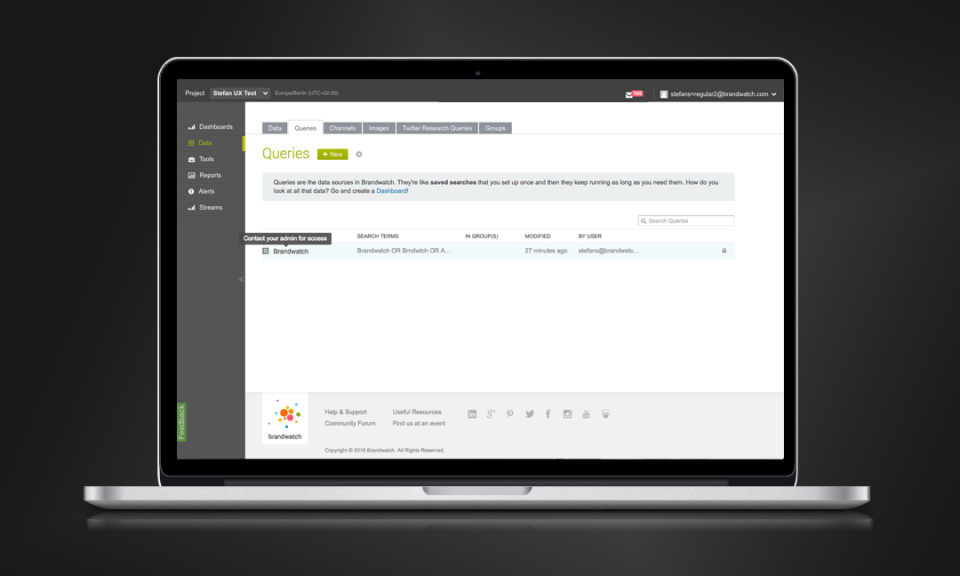 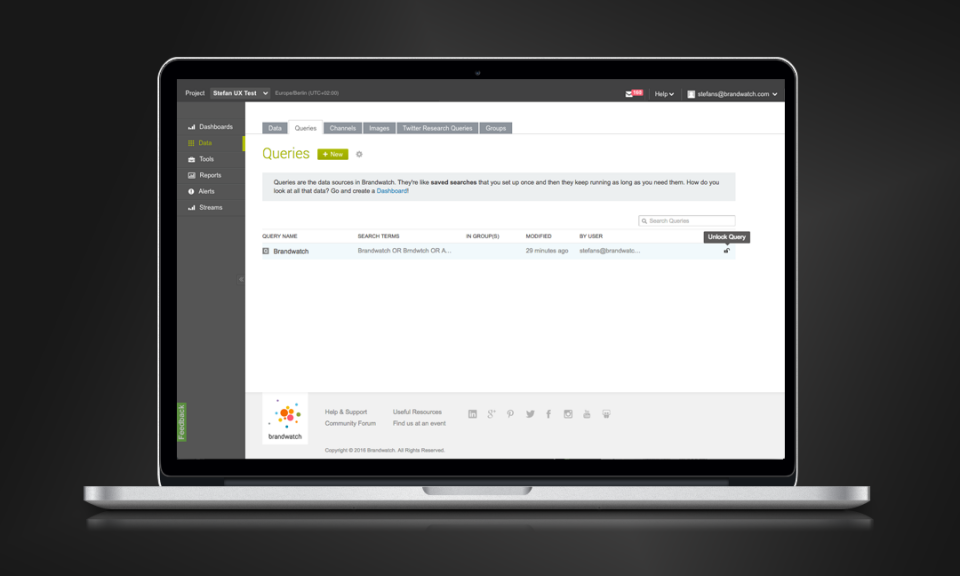 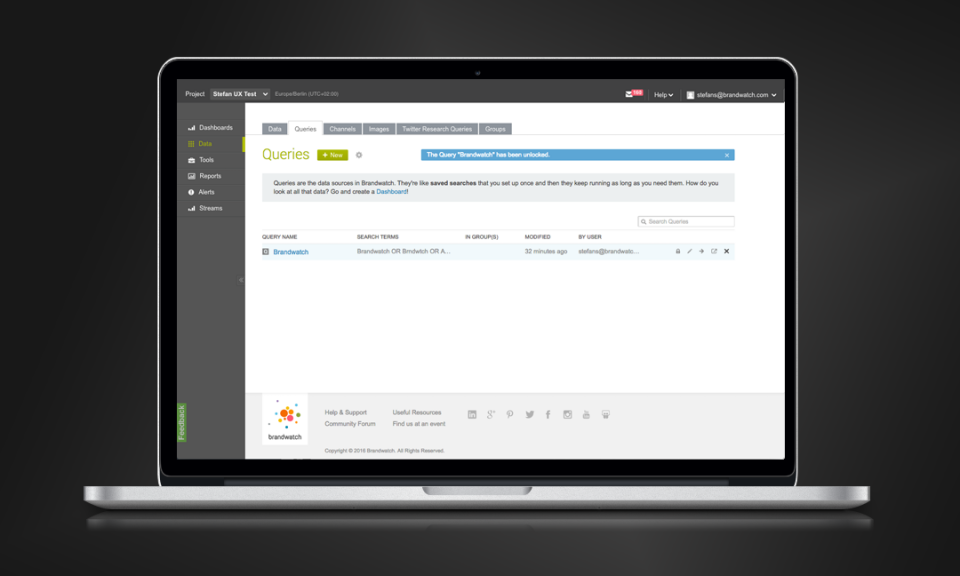 This description is based on a blog post by Jonathan Sewell, team lead in the engineering department at Brandwatch.
It was originally published on his blog. It covers a “Single Batch approach” we undertook as a development team.

In this post I talk about how using a single batch approach for a medium sized feature can increase productivity of a dev. team.

I work in a small engineering team within a much bigger engineering department, we are four developers, tester, and a UX designer. We work in 2 week sprints and we like to keep busy. Sprint planning is always ambitious (we can always do a few story points more this time right?). We push to get our burndown chart down to zero, context switching and multitasking to squeeze out that extra efficiency.

But as each of us tried to keep busy and operate at maximum efficiency, I started to notice problems. Multitasking and context switching, interruptions and work perpetually in progress, leading to a stubbornly horizontal burndown, and increased cycle time. We started to look like factory workers, doing our piece of work on a feature and passing it on, immediately starting the next thing.

This old post came to mind. It talks about two types of development teams, widget factories and film crews. I love this analogy, I want to work in a film crew; a talented team that works together to solve challenging problems.

In his book “The Lean Startup”, Eric Ries talks about “Single Piece Flow”, he uses a simple analogy: putting newsletters into envelopes. Ries explains that our intuition might lead us to think that repeating small tasks over and over is quicker. Folding the letters, then stuffing each envelop, finally sealing each envelope and addressing each envelope. We assume that avoiding variation and repeating the same repetitive task increases our speed.

But we don’t account for the effort to manage all the work in progress. And we can’t handle the unexpected, like finding the folded paper didn’t fit the envelopes (we would have folded all the paper already).

“In process-oriented work, individual performance is not nearly as important as the overall performance of the system” (Eric Ries, The Lean Startup)

With a single batch approach problems are found and corrected much more quickly, there is less work-in-progress to manage, and a finished product is produced at much shorter intervals.

Our Day of Experimenting

We wanted to see what would happen if our whole team worked on just a single story, nothing else, for a whole day, maybe a whole sprint.

We picked a medium size story, a requirement to “lock” query strings from being edited. We kicked off using a version of Stanford University’s Design Thinking. In the “empathise” and “define” phases we questioned our product manager, using a whiteboard we dug down (asking “why”) until we found the goal of the story: protecting revenue (well-written queries represent an investment in time and money, and the data they generate is used to make real business decisions). 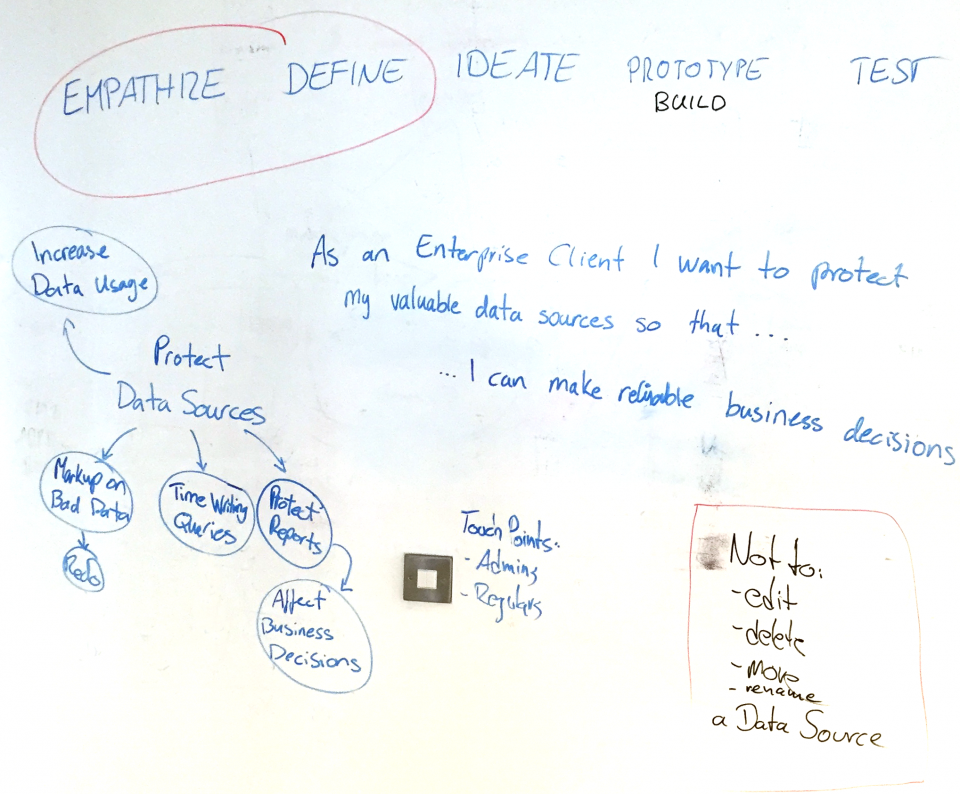 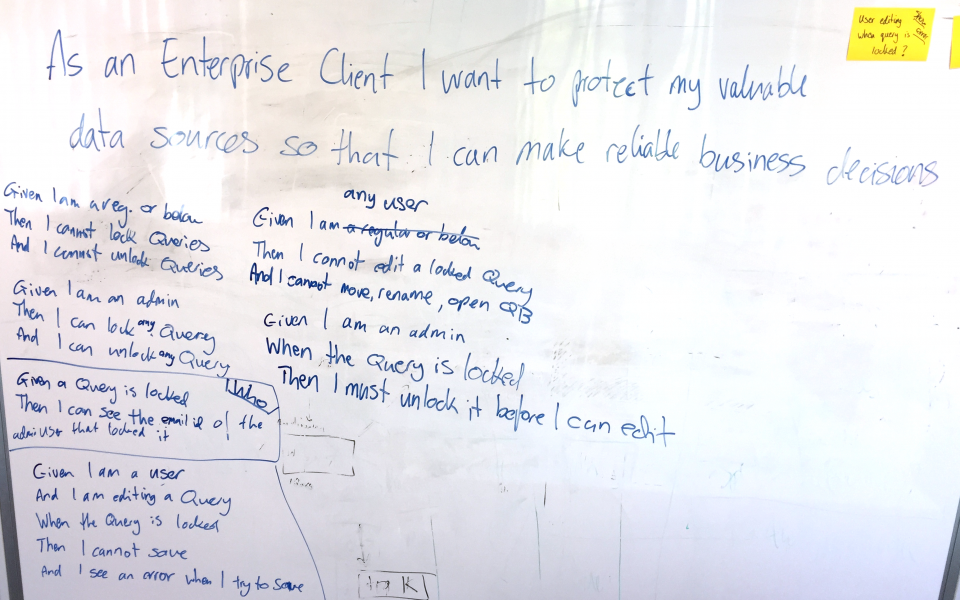 Next, in the “ideate” phase we all spent 30 minutes sketching as many ideas onto paper as we could. We discussed and explained our sketches to each other and talked about the minimal behaviour we could build to satisfy the story. 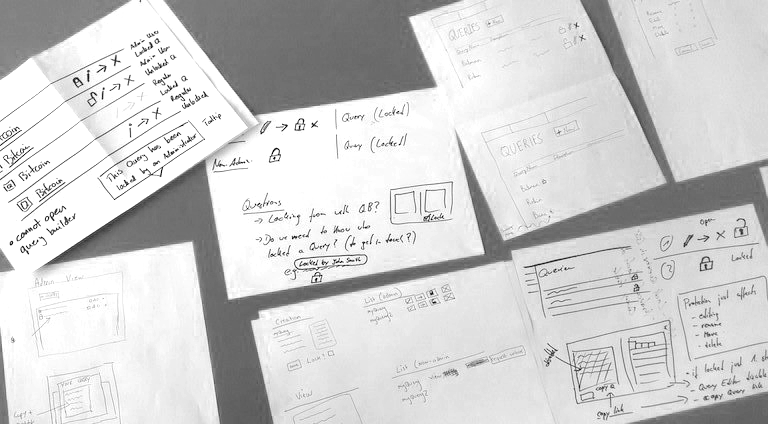 Sketches from the ideation session

Then we split into 2 groups, the first drafting some database schema changes on the whiteboard, the other tracking down a couple of our account managers to talk through our ideas.

Before long some API changes had been agreed, the UI and backend builds were starting, AT tests were being written. Meanwhile Stefan our UX Designer put together a clickable prototype and conducted some quick usability tests by walking around the office.

This was probably the smoothest task we have completed as a team. We had asked all the right questions, identified the core goals up-front. We built a solid shared understanding of what it was we were building, and most importantly, why we were building it. Communication was so much easier when everybody understood what everyone else was doing.

At the end of this sprint we delivered the finished feature.

Feedback from everyone on the team was really positive. I think the change of scenery helped (do something different sometimes!) but we could all see this technique was working as well as we had hoped.

In truth we didn’t stick to only one story after this day, other small things did come along that required individuals to switch focus for a while. And there was at least one thing we missed (and a stakeholder spotted early on), but as a team we came up with a solution without much trouble.

Despite contributing maybe 25% of the code for this feature, I have so much knowledge about how it works and where the complexities lie (and there were some tricky problems) that I could easily jump in and look at any problems or iterations on it.

Working on a single feature or theme lowers the overhead of work-in-progress and brings out the power of the team working collectively. Going back to the film crew analogy… that’s exactly how I imagine a film crew should work.